BAJA held its 2014 AGM last Friday evening, January 30th, 2015, at the Millenium Restaurant in Beribi. Guest of honour was Her Excellency Madam Noriko IKI, the Ambassador of Japan to Brunei Darussalam.

One highlighted point during the AGM was the resignation of Dr Suwarni from her post as Secretary, due to her other commitments. BAJA President, Dr Chin WK, accepted her resignation and after some discussion with the other Executive Committee members, has appointed Mr Hasrin Haji Masri as the current BAJA Secretary. BAJA also wishes Dr Suwarni the best in her endeavours and hopes that she can continue to help BAJA as an ordinary member. 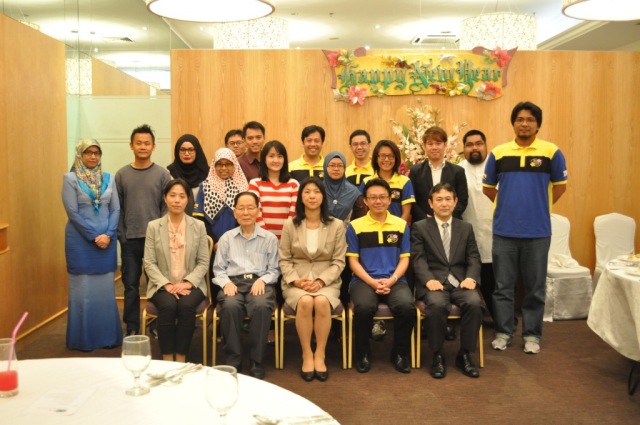 This entry was posted in BAJA News. Bookmark the permalink.